Can Poor Nutrition Cause Scoliosis? 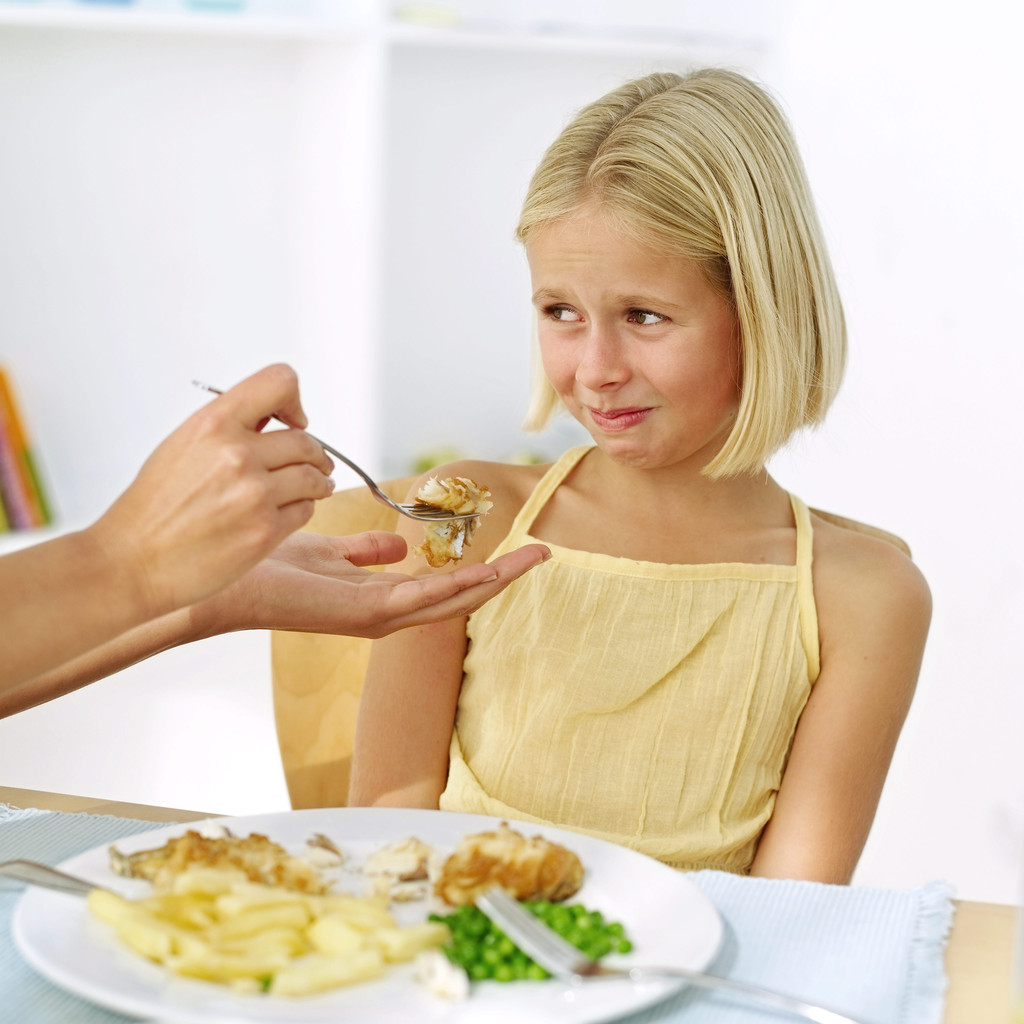 Many people carry the genes that trigger the development of scoliosis. The genetics may or may not be “expressed” and the person may or may not even develop scoliosis. The genetic weakness that predisposes a person to scoliosis needs to be activated or “turned on” by something. That  “something” ranges from a trauma, postural stress (e.g. heavy book bags), exposure to specific types of bacteria, or nutritional deficiencies due to a poor diet. The impact that nutrition plays as an environmental influence on idiopathic scoliosis is not completely understood. However, there are an increased number of studies and research that have begun to discuss the role of nutrition in scoliosis and the possible etiology of scoliosis. This article is written to explore this research and also suggest an eating plan that will take the research into consideration.

We know that poor nutrition can lead to many diseases, deformities and conditions. For example, though there is no single cause of spina bifida nor a known way to prevent it entirely, folic acid taken before and during pregnancy has been shown to reduce its incidence. Rickets, the most common childhood disease in developing countries, is a softening of the bones due to deficiency or impaired metabolism of vitamin D, phosphorus or calcium, potentially leading to fractures and deformity. Though it can occur in adults, the majority of cases occur in children suffering from severe malnutrition, usually resulting from famine or starvation during the early stages of childhood. Osteomalacia is a similar condition occurring in adults, is also generally due to a deficiency of vitamin D.

Dietary deficiencies contributed to the above mentioned conditions, could they also be the cause of Idiopathic Scoliosis? A US study looked at articles from American and European journals, conference proceedings, and relevant research from 1955-1990. They found evidence (from studies with animals) that poor nutrition could be a contributing factor of idiopathic scoliosis. They cited strong evidence for an interaction between poor nutrition and genetics but stated that there is only anecdotal and limited study data for humans and therefore suggest further research into poor nutrition as the etiology of Idiopathic scoliosis

Research shows a possible correlation between too much copper and scoliosis. Copper is a mineral needed by the body. It is involved in energy production and it aids in the formation of red blood cells, bone, and hemoglobin. It is also essential to nerve health as it is needed to build and maintain myelin, the insulating sheath that surrounds nerve cells. Copper is also necessary to aid an enzyme in the production of the connective tissue proteins, collagen and elastin. Copper also works with zinc and vitamin C to form elastin. It is therefore needed for the development and the maintenance of skin and bones, including blood vessels and joints.

A study from the Czech Republic (2008) showed the changes of selenium, copper, and zinc content in hair and serum of patients with idiopathic scoliosis. This study looked further into abnormalities of trace elements in patients with idiopathic scoliosis to the content of zinc, copper, and selenium in these subject’s hair and serum. The patients with idiopathic scoliosis were age 13 on the average, with curves between 12 and 82 degrees. The hair of these scoliotic patients showed significantly increased content of zinc and copper (Cu) and decreased content of selenium (Se) when compared with the control group. The Cu/Se ratio in this group of patients was significantly higher due to a higher Cu value and a lower Se value in comparison with the controls. Also, compared with the controls, the serum selenium concentration in the group of scoliotic patients was significantly decreased.

A 2002 study, also from the Czech Republic, on Idiopathic scoliosis and concentrations of zinc, copper, selenium, albumin, and ceruloplasmin in blood and the activity of superoxide dismutase plasma found a significant decrease of selenium when compared with a control group. The same levels of significance were found for selenium levels corrected for albumin content.

The decreased concentration of selenium in the blood plasma suggests possible negative effects on the process of synthesis and maturation of collagen affecting the axial skeleton stability.

Selenium is a nutrient that is vital to immune system function. Selenium works in conjunction with vitamin E, vitamin C, glutathione and vitamin B3 as an antioxidant to prevent free radical damage in the body.

Deficiencies of selenium can occur in areas where soil content of this mineral is low. Diets high in refined foods may also lead to deficiency, as selenium can be destroyed by food processing. Taking anti-inflammatory drugs may reduce the body’s supply of selenium.

The selenium content in foods depends on the concentration of selenium in the soil where the crops were grown. The following foods are generally considered good sources of selenium:

Exceeding 400 mcg per day selenium can lead to toxicity. Side effects: hair loss, white spots on fingernails, fatigue, dizziness, nausea and nerve damage. Because of the possibility of toxicity, selenium supplements are controversial. The safest way to ensure a sufficient level of selenium in the diet is by eating a variety of selenium rich foods, like those listed above. Brazil nuts can be very high in selenium and should only be eaten occasionally. One Brazil nut can supply a whole day’s requirement of selenium, although this can vary depending on soil conditions. A multivitamin that contains some selenium is safe for most people to take and can help to fill the gap in a diet that is lacking.

Over-consumption of copper will lead to cramps, diarrhea, and vomiting in the short term, and can lead to depression, schizophrenia, hypertension, senility, and insomnia in the long term. Copper in large amounts can even be poisonous. The stomach needs to be acidic in order to absorb copper and thus antacids interfere with the absorption of copper, as do milk and egg proteins. The current recommended daily allowance for copper is 2 mg.

The effect of too much copper on the body can be demonstrated though other diseases. A 2011 study from France discussed the connection between miscellaneous non-inflammatory musculoskeletal conditions associated with Wilson’s disease. Wilson’s disease is characterised by release of free copper and dramatic accumulation of intracellular hepatic copper with subsequent hepatic and central nervous system abnormalities.

This rare disease is caused by mutations of the ATP7B gene responsible for the metabolic dysfunction. Small open studies have reported spinal radiological abnormalities including scoliosis. Often the disease goes undiagnosed in adolescents unless liver issues are discovered or a family member is diagnosed. In adults, the disease can present as a neurological issue in the form of clumsiness.

The authors of the study advise that “physicians should be aware that unexplained joint pain and effusion, or even radiological features of osteoarthritis, of the large joints in adolescents could suggest WD and lead to copper survey”. Though this may not be the cause of most scoliosis, it could certainly explain a small percentage and is an example of how copper and spinal conditions can be connected.

Copper is mentioned once more in a 2008 Tunisia study that analyzed spinal deformities associated with metal accumulation. Researchers studied populations of a specific species of fish from polluted and unpolluted areas in the Gulf of Gabès in Tunisia.

As indicated at the beginning of this article, scoliosis is most likely caused by a genetic predisposition that is brought out due to some external force. Some research suggests a link between nutrition and AIS, but like Wilson’s Disease, this is probably an effect of a genetic defect rather than a cause. Perhaps the gene(s) responsible for scoliosis are also responsible for the malabsorption/retention of certain nutrients in the scoliotic patient. In other words, it may not be that the patient has poor eating habits but that they have a biological inability to store or remove certain nutrients in their body.

A 2012 UK study suggest that AIS results not from one cause, but several that interact with various genetic predisposing factors. They discuss the possibility of two other pathogenic processes for idiopathic scoliosis, those that initiate (or induce), and those that cause curve progression. They also address the increasing evidence for the possibility of an underlying neurological disorder for AIS. However, most AIS research focuses on one aspect of AIS and there is a need for greater integration of research efforts. “Epigenetics, a relatively recent field, evaluates factors concerned with gene expression in relation to environment, disease, normal development and aging, with a complex regulation across the genome during the first decade of life.” AIS is associated with whole organism metabolic phenomena, including lower body mass index, lower circulating leptin levels and other systemic disorders (those which affect multiple parts or the whole body).

Read more about Nutrition and Scoliosis >