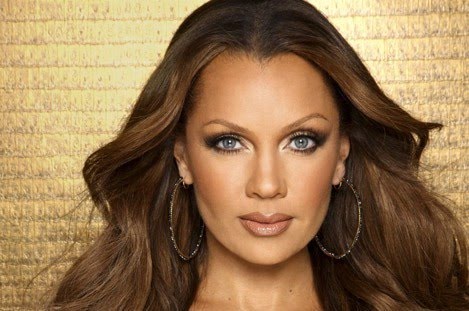 Vanessa Lynn Williams was born in Millwood, New York. She is a pop-R&B recording artist, producer, dancer, actress and former model. In 1984, she was the first African-American to be crowned Miss America, but her title was relinquished. As a musician Vanessa has sold over 15 million albums worldwide and received 17 Grammy Award nominations. She’s won a Golden Globe, a Grammy, an Academy Award and the Mary Pickford Award. She has starred on such shows as Ugly Betty, Desperate Housewives and 666 Park Avenue. She is the mother of four children.

Vanessa Williams was on her way to becoming a professional dancer with the Joffrey Ballet until those plans were cut short by a Scoliosis diagnosis.

“It derailed me for a while”

“It was so severe I had to have a spinal fusion where they put 8-inch metal rods and screws in my spine. I just took off one year where I didn’t do any physical activity. But then, of course, I was terrified. It’s so strange … It felt like having an operation and then healing and going back to your real body. It was really like having a new center of gravity and getting used to a new body.”

“It was devastating for a while not to be able to dance and know I couldn’t be a professional ballerina, but I got to leave the hospital, and when you’re in the hospital you realize that some people don’t get to leave.”

Many people who undergo scoliosis surgery are forced to quit sports or dance because the spinal fusion removes the spines mobility and flexibility. There have been studies conducted that suggest activities such as ballet, competitive swimming, and rhythmic gymnastics have significantly higher instances of severe scoliosis. Though it isn’t clear what these activities have in common it is believed that excessive and repeated hyper-extension of the thoracic spine (mid back) or “back bending” may be the culprit. Back-bends have a flattening effect on the thoracic spine which leaves the mid back more vulnerable. An article on incidence in Ballet performers shows an increase of scoliosis in that group.

I had severe mid/lower back pain, as well as in the hip, shoulder & leg....