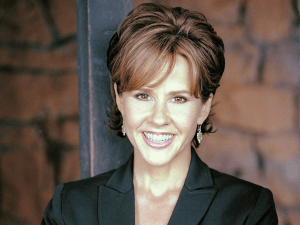 Linda Blair, is most known for her childhood role in the film The Exorcist. In some notorious scenes, Blair violently trashes around on a levitating bed. Blair says she’s never been the same since she starred in the film. Due to a mechanical failure while filming the scene, she sustained a slight fracture of the spine that later developed into scoliosis. 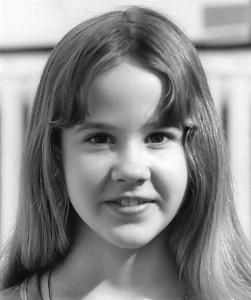 Years later, Blair again injured her back when she flipped a motorcycle during the filming of yet another movie.

“I had a lot of difficulty living with the aftermath of The Exorcist. The back injury was far more serious than I ever imagined and really affected my health negatively for a long time.”

Even ten years after the film’s release, Blair was still suffering from chronic pain. She began to see a chiropractor and a neuromuscular massage therapist. The Chiropractor helped realign and straighten her spine, alleviating pain and restoring spinal mobility.

Blair takes daily power-walks with her dog and horse and keeps her abdominal muscles fit to help support her back. She stays active by Horseback riding and caring for her animals.

Nutrition also plays an important role for her “I haven’t eaten meat for 11 years. As a vegetarian, I lost weight eating normally, and now I’m in the best shape of my life. I’ve never been healthier.”

Blair touts meditation and Syda yoga as essential components to her well being. She describes the summer she spent studying meditation at a yoga center as “the most peaceful time of my life.” She now meditates twice a day and says the practice has made her “more centered and less stressed out.”